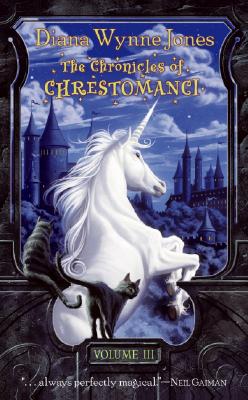 This is book number 111 in the Chronicles of Chrestomanci series.

In the multiple parallel universes of the Twelve Related Worlds, only an enchanter with nine lives is powerful enough to control the rampant misuse of magic—and to hold the title Chrestomanci. . . .

Cat and Christopher Chant make the most unusual friends. Christopher befriends a boy with terrible karma in a mansion where everything keeps changing. Cat meets a girl whose family of rogue witches is hiding shocking secrets. Will the Chrestomanci be able to sort out the tangle of mysteries and magic?