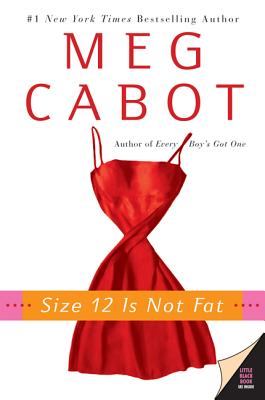 By Meg Cabot
$15.99
Available to Ship from Distributor's Warehouse

Or, at least, she did. That was before she left the pop-idol life behind after she gained a dress size or two -- and lost a boyfriend, a recording contract, and her life savings (when Mom took the money and ran off to Argentina). Now that the glamour and glory days of endless mall appearances are in the past, Heather's perfectly happy with her new size 12 shape (the average for the American woman!) and her new job as an assistant dorm director at one of New York's top colleges. That is, until the dead body of a female student from Heather's residence hall is discovered at the bottom of an elevator shaft.

The cops and the college president are ready to chalk the death off as an accident, the result of reckless youthful mischief. But Heather knows teenage girls . . . and girls do not elevator surf. Yet no one wants to listen -- not the police, her colleagues, or the P.I. who owns the brownstone where she lives -- even when more students start turning up dead in equally ordinary and subtly sinister ways. So Heather makes the decision to take on yet another new career: as spunky girl detective!

But her new job comes with few benefits, no cheering crowds, and lots of liabilities, some of them potentially fatal. And nothing ticks off a killer more than a portly ex-pop star who's sticking her nose where it doesn't belong . . .

Meg Cabot’s many books for both adults and tweens/teens have included multiple global and #1 New York Times bestsellers, selling over twenty-five million copies worldwide. Her Princess Diaries series has been published in more than 38 countries and was made into several hit films by Disney. Meg is still waiting for her real parents, the king and queen, to restore her to her rightful throne. She currently lives in Key West, FL, with her husband and various cats.

Meg Cabot is one of the most colourful writers on the market right now. In her latest mystery novel Size 12 is not fat, Meg takes three very unlikely subjects: pop stars, dorm directors, and detectives, and blends them into one very intriguing book . Laugh-out-loud funny, it should be read while eating a chocolate bar.
— Townsville Bulletin